Economic conditions impacted co-op registrations into the early 1980’s with a steady drop in the number of area co-op jobs.

Then President Frederick Schlimm declared 1983-1984 “The Year of the Co-op” as a way to raise awareness among local businesses and to re-emphasize the importance of co-op to the mission of the college. The marketing strategy focused on obvious concerns during the recession: re-training, non-traditional students, and on-the-job training. 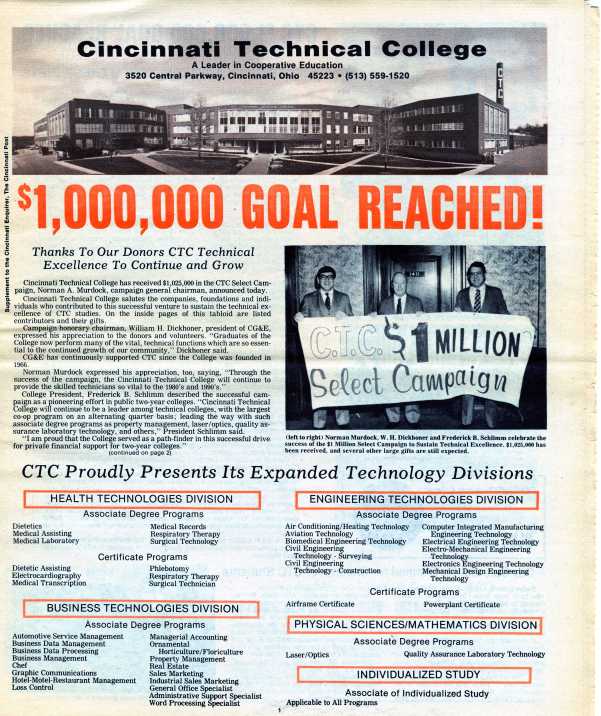 Cincinnati Technical College launched the “$1 Million Select Campaign”, a large fund-raising effort and the first of its kind for CTC. The goal was exceeded in 1983, as this tabloid insert announces. 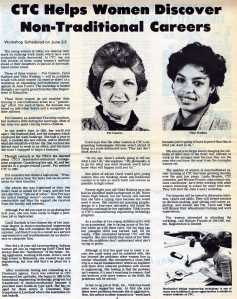 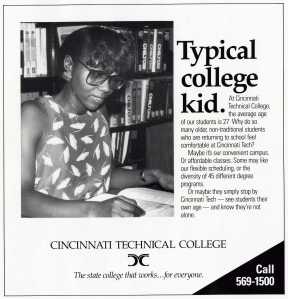