1960: The NCR390(R) computer was designed and built, and was in worldwide use in banks and accounting departments during the 1960s and early 1970s. It was the world’s first, low cost, mass produced computer. 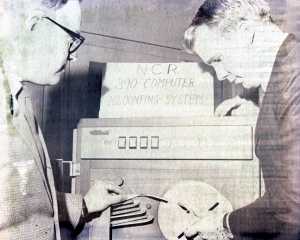 This reel shows the delivery of the school’s first Honeywell computers for the Data Processing program, in 1966. 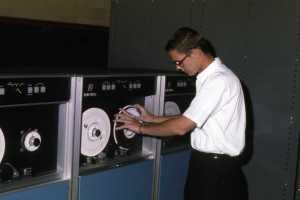 Unidentified student in the Business Data Processing program with the Honeywell 200, undated.

“One Time Porter Now Operates a Computer”, Cincinnati Post, April 2nd, 1968. New career opportunities became available to men and women as computers became more affordable, and technical schools began offering training in them. An education, and a good job, were suddenly within reach of many more people than ever before.

1969: ARPANET, funded by the Department of Defense, was the first operational packet switching network, and would become the core network of the global Internet.

1970: The UNIX operating system was created at Bell Labs.

1975: The first commercially available microcomputer, the Altair 880, is the first to be called a “personal computer”. 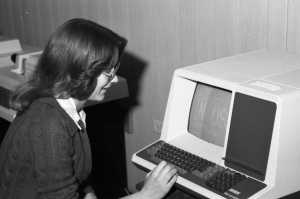 1976: The Apple I, a less powerful, but simpler and more affordable computer than the Altair 880, is released. In the same year, the first laser printer, the IBM 3800, was introduced.

1978: The Johnnie Mae Berry Library, then the Learning Resource Center, opened its doors, and the Laser Optics program, the first of its kind in Ohio, was introduced at Cincinnati State. Intel released the 8086 microprocessor, a 16-bit chip faster and more powerful that seen before. 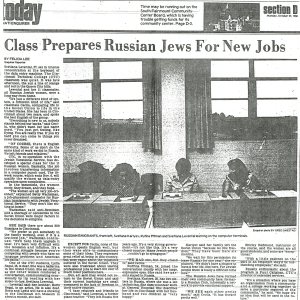 1981: CTC turned to private industry for financial support for the first time with the launch of the $1 Million Select Campaign. The goal was exceeded in 1983. The money was to be used to replace outdated technology.

1982: Time Magazine declares the personal computer to be “Machine of the Year”.

1987: CTC gave away an Apple IIc as a prize at Expo II. Apple IIc was Apple’s first attempt at a portable computer. That’s a long way from the iPad! Listen to the radio advertisement for the event below.

1991: The World Wide Web was first made available to the public on August 6. 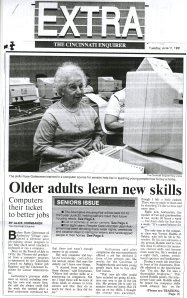 1993: The Board of Trustees of Cincinnati Technical College voted to convert CTC to a state community college. The name was officially changed to Cincinnati State Technical and Community College in 1994. Intel’s Pentium processor was also released.

Unidentified student at computer
Image taken for the 1996 course catalog

Article from the Cincinnati Enquirer, January 4th, 1994.
Technical schools were instrumental in supplying the skilled workforce of the late 20th century. The proliferation of new technologies meant a need for new workers.

Cincinnati State wouldn’t have their first website until after the library built theirs in 1997.