Taken from Playmates of the Towpath (1929), this map depicts the area of the Miami and Erie Canal, now Central Parkway, that ran through Cincinnati until 1920. The dry dock indicated near Ludlow Avenue is where parking Lot A now sits. 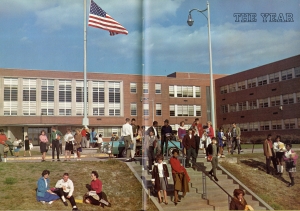 The Main building was originally built in the early 1950s to serve as Central High School and later Courter Technical High School, both part of the Cincinnati Public Schools. This picture from the 1965 yearbook shows the front of the building. 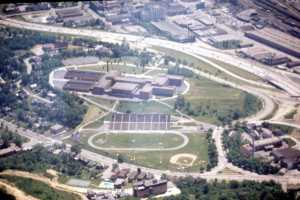 This is an aerial view of Cincinnati State, then Cincinnati Technical Institute, in 1971. 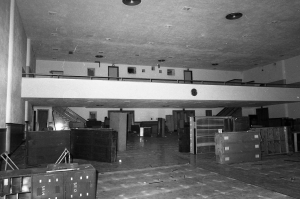 1978 – The Courter Tech auditorium was renovated to make way for the college’s new library, the Learning Resource Center (LRC), which was opened in 1978. Pictured is the auditorium before construction began (undated) 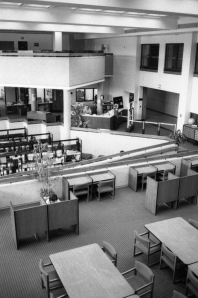 Completed LRC, c.1978. Check out our exhibit on library history for more information.

Trechter Memorial Stadium, which served as the football stadium for Central High School and Courter Technial High School was demolished in 1993 to make way for the Ludlow Avenue parking garage (1973 yearbook photo)

The first major change to the campus came with the addition of the Health Professions Building and Ludlow parking garage. This series of 7 photos chronicles the construction process from Spring 1993-Fall 1994. This picture shows construction in Spring 1993. 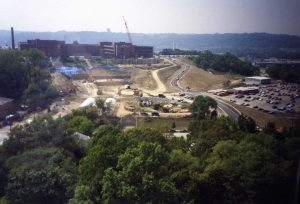 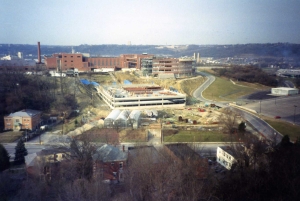 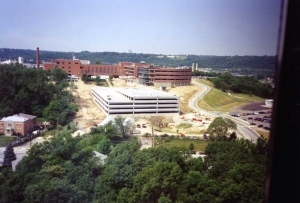 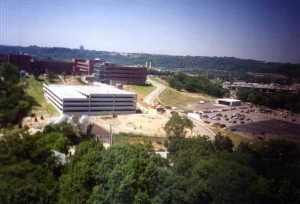 In 1994, Cincinnati Technical College expanded its mission to become a state community college in order to provide more affordable access to the first 2 years of state-assissted education. This picture shows the installation of the new Cincinnati State sign (1994) 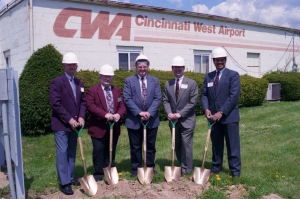 In addition to the main campus off Central Parkway, Cincinnati State also operates branch campuses at Harrison and Evendale. The Harrison location is referred to as West campus and houses the college’s aviation program. This picture shows the West campus groundbreaking on April 25, 1997. 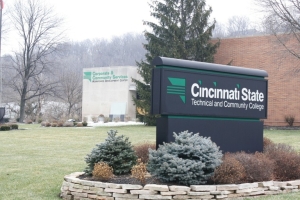 In 2000, the college purchased the Workforce Development Center in Evendale – the former General Motors Training Facility –as a site for corporate training programs including computer-training, hazardous materials and industrial maintenance training.

Aerial view of campus before construction of the The Advanced Technology & Learning Center (July, 2001) 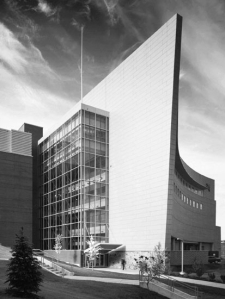 In 2010 Cincinnati State and the Meteropolitan Sewer District partnered to install sustainable storm water management on campus. Pictured: Biodetention basin near the greenhouse and the redesigned parking lot with improved access to and from Ludlow Avenue. (2010) 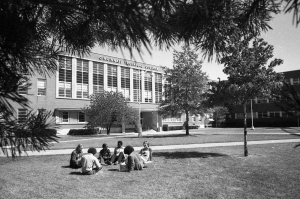 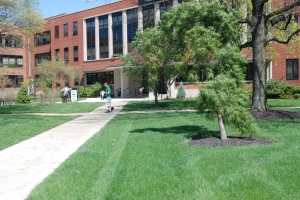 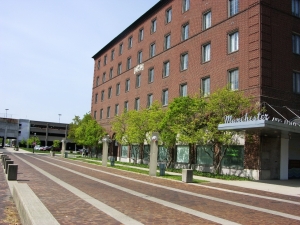 In 2010, the Board of Trustees of Cincinnati State Technical and Community College authorized negotiations aimed at establishing a campus in Middletown, Ohio. The proposed property includes the historic Manchester Inn; a former senior citizens center and a former Cincinnati Gas & Electric building. Pictured: The Manchester Inn (c. 2010)